On 6 December, Colson Whitehead, author of Pulitzer-prizewinning novel The Underground Railroad, visited ISA for a Q&A session with the grade 12 Theory of Knowledge class. Recently, the students have been discussing art as a form of knowledge. The session was a unique opportunity for students to meet an artist and consider his role in the process of creating the artwork. 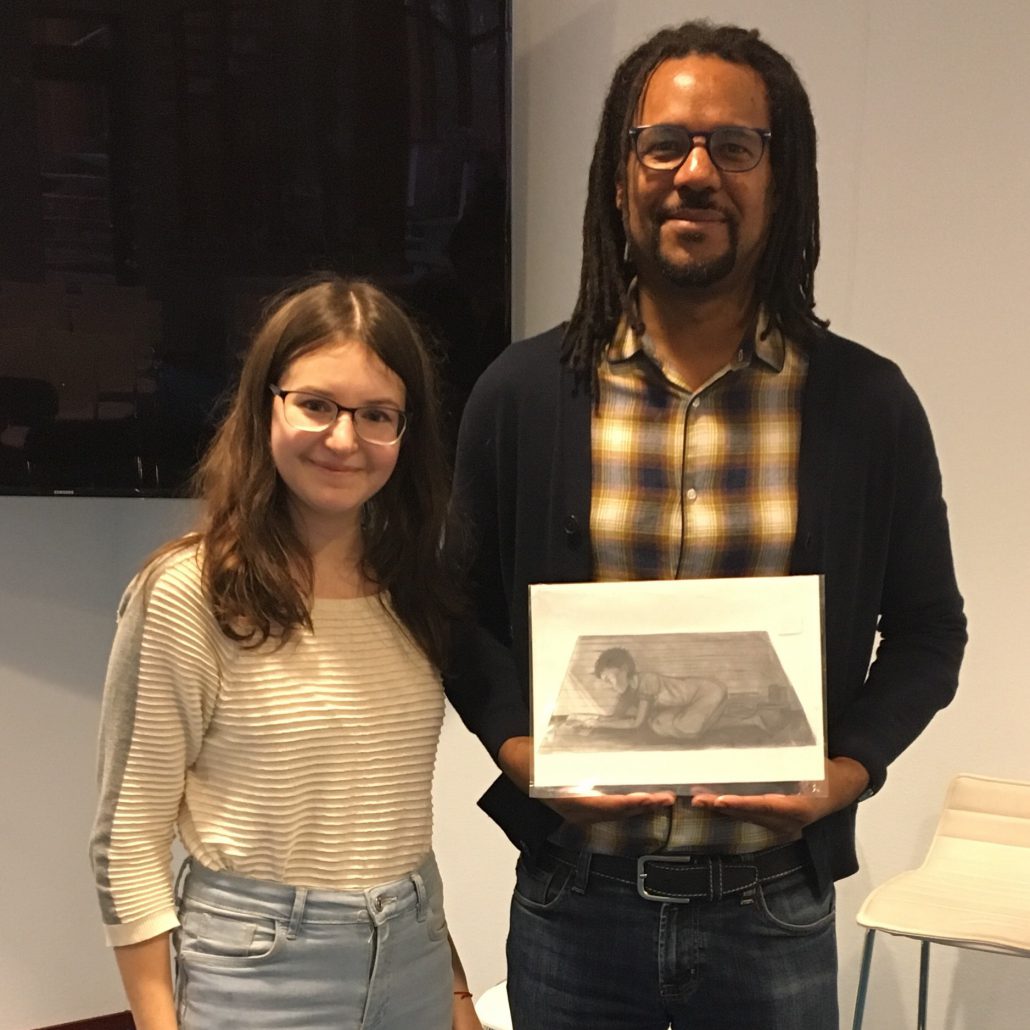 The Underground Railroad tells the story of Cora, an escaped slave from a plantation in Georgia, who makes a bid for freedom by following the Underground Railroad, which is represented in the novel is an actual subway system. While he didn’t intend the book to have a didactic message, Colson explained that he depicted brutal violence inflicted on slaves because he felt a responsibility to portray the cruel treatment of his ancestors.

One student raised the issue of slave auctions today and asked if there were any lessons that the book can teach us. Taking a realist view, Colson answered that the book was by no means a manual. According to Colson, we will always have literal slaves and people who live slave-like experiences under capitalism, as they are trapped in an economic system which oppresses the poor. This, he said, will continue “until we’re robots on Mars.”

Grade 12 student Sofia was inspired by her experience of reading the novel to create her own piece of artwork; a drawing of Cora, peering at the outside world from the attic through a small hole. Sofia was invited up to the front of the discussion and presented the drawing to Colson; she felt that, as he was her inspiration, he deserved the original piece.