As an independent, non-profit foundation, ISA is strategically guided by a Board of Trustees (the Board), a group of dedicated professional volunteers, providing legal oversight to the organisation.

The Board plays a central role in looking out for the long-term interests of the school. Approval of the school’s annual budget, salaries and capital expenditures are amongst a few of the board’s responsibilities. They are the stewards of the schools assets and, through defining the school’s mission, vision and philosophy, they serve as the architects of the school’s future. 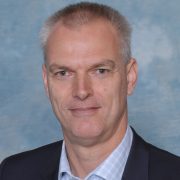 Ton was elected to the Board of Trustees in 2017. He returned to the Netherlands after spending twenty years abroad. He started his career at Unilever, moved on to ABN AMRO and now works for Rabobank. Ton has a Ph.D. degree in Economics.

He is married to Ângela, a medical doctor from Brazil, and they have two children at ISA: Nathalia and Sebastian. 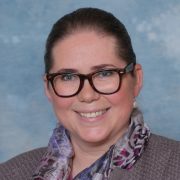 Joanna was elected to the Board of Trustees in 2017. She is a physician and a board certified psychiatrist, having worked in Warsaw at the Institute of Psychiatry and Neurology and later as a fellow at the Medical Center of Postgraduate Education. She also has diverse management experience in the pharmaceutical industry, starting at Hoechst Marion Roussel and later Boehringer Ingelheim where she created and headed the Medical Department in Poland, becoming International Product Development Manager at Boehringer’s global headquarters in Germany. While in the US she became a certified Life Coach establishing her own practice.

She has studied/worked in 8 countries on 3 different continents and while Polish at heart, feels a citizen of the world. The Flemings moved to Amsterdam from the US in 2014.

Joanna and her husband, Scott, have two children attending ISA, where Joanna has been active in the PTA, holding a multitude of positions. 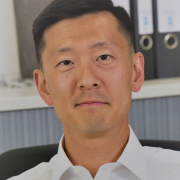 Peter has been active in professional real estate investing since 1999, having worked for The Praedium Group, Lehman Brothers and Lone Star in New York and London. In 2006, he co-founded a real estate private equity firm, Arminius Group, which actively invests in German real estate. Peter also served on the Board of Trustees at the International School of Zug and Luzern (Switzerland). He has three children attending ISA: Alexander, Megan and Aidan.

Peter was born in South Korea and is a dual US and Dutch national. 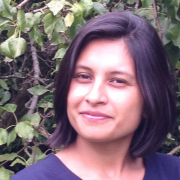 Samaya was elected to the Board of Trustees in 2020. Born in London, Samaya is British but has a truly international family and educational background. Samaya was born to a Japanese mother and Sri-Lankan father, whilst her husband is French. She graduated from the University of Cambridge with a degree in natural sciences (physics) and went on to the University of Paris to study for her PhD in astrophysics. As an astrophysicist and university professor, Samaya has travelled extensively spending her postdoctoral fellowships in Toronto, Canada and Los Angeles/Pasadena, California as well as Boulder, Colorado. Samaya has worked in the Netherlands for a number of years and is now a professor at GRAPPA, where she holds a joint position in the Anton Pannekoek Institute (Astronomy) and Institute of High Energy Physics, University of Amsterdam. As a passionate advocate for women and girls to enter STEM and physics, she recently founded and Chairs the National NL astronomy equity, diversity and inclusion committee. Samaya’s son attends Lower School. 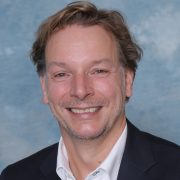 René was appointed to the Board of Trustees in 2017. He started his career in accountancy at vDien&Co (now PWC), continued in leading management positions in various multinational media companies like Bertelsmann Music Group, Arcade, TMF, Radio10, MTV and is since 2002 Managing Director of JCDecaux Netherlands. Having worked internationally and lived abroad for 8 years in Munich and Dusseldorf he returned in 1998 to The Netherlands.

René lives in Abcoude with his German partner Antje (Engineer Radiation & Environment) and has two daughters. 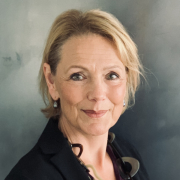 Maaike was appointed to the Board of Trustees in 2020. Born and raised in the Netherlands, Maaike has lived in Vienna, Singapore and Düsseldorf. She is married to Frans and together they have three sons, Guus, Bonno and Casper.

Maaike earned her degree in Dutch Law from the University of Utrecht. She started her career in Finance with Fortis Bank Utrecht and ING Bank in Vienna. From 1998 she trained to be a personal coach and mediator and worked for Raymakers Van der Bruggen, as mediator, facilitator and personal coach. In 2006 the family moved to Dusseldorf, where the boys joined the International School of Düsseldorf. Since 2008, Maaike has been a board member for ISD for 9 years. She served as Chairperson for 3 years and Vice-Chair for 4 years. In 2017 the family moved to Amsterdam and Casper, the youngest son, joined ISA in grade 11. For two years the family was part of the ISA community. Maaike and Frans are very thankful to ISA for the successful transition that Casper made. He graduated in 2019 and is now a student at Warwick University. Since returning to the Netherlands, Maaike has founded her own coaching company. 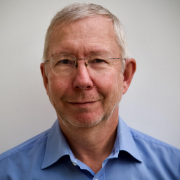 Jon was appointed to the Board of Trustees in 2020. Jon retired recently from full-time work after a career in international publishing and information management. Most recently Managing Director of IATA (Netherlands) B.V, the publishing arm of the International Air Transport Association, he previously held roles managing businesses in the legal, scientific, medical and consumer information industries in the UK and USA.

Jon has an undergraduate degree in International Relations, earned an MBA (with Distinction) from the City University Business School in London and an Advanced Management Diploma from the Wharton School, University of Pennsylvania. Since 2007 Jon and his family have lived in Amstelveen. His three children attended ISA and between 2018 and 2020 Jon was Co-Chair and Treasurer of SHARE, helping raise funds to support ISA students’ CAS and Service as Action activities.

Changing of the Guard

The ISA community recently paid homage to two long-standing members of the ISA Board of Trustees, Leo van Os and David Masters. 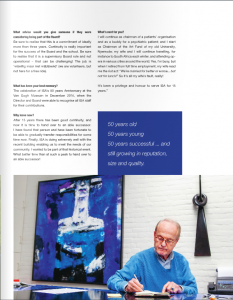 Read more about their farewell in the Spring 2015 issue of Connections Magazine
Scroll to top
This site uses cookies for improving performance and features. To know more about how we protect your privacy and the cookies we use, please visit our privacy policy.AcceptRefusePrivacy Policy